Skip to content
Home
Cases
Unknown RTA,MLC – PIMS and how he died 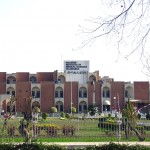 3 days ago, a patient was bought in Emergency and Resuscitation room of PIMS (Pakistan Institute of Medical Sciences, Islamabad). He died yesterday. Lets have a quick review of 2 days that he spent in the hospital.

The person who bought him to the hospital claimed that another car hit him and they have bought him here due to humanity, but POLICE still took the driver in custody, who was a 18 year old boy whose mother was weeping over her sons “kind” heartiness.

The patient was aged near 55 or so. Unknown obviously. Had multiple syringe pricks on his forearms, suggesting, along with his dressing and appearance, that he was an addict. His reports showed hep-C positive too.

He was first of all seen by the CMO on duty and General Surgery team was called to resuscitate him. However, the team on call wasn’t even able to pass the canula to the patient. Not even in jugular vein and venous cut down in leg was refused by the senior most PG immediately. And the catheter wasn’t passed too. No ABG’s were done.

The patient had multiple rib fracture, right shoulder dislocation along with scapula fracture.

Within few minutes, General Surgery team labelled the patient as: “clear from G/S team” and handed him over to neurosurgery department to rule out any intra-cranial or spinal injury.

The neurosurgery team was efficient enough to label the patient as: “clear from n/s team” upon seeing the CT scan of brain. (some argued that CT showed hemorrhage atleast, anyhow..)

Then the patient was in the hands of ortho team. He had 1st, 4th, 7th and 9th rib fracture at that time. Later on he developed flial chest too the next day. His dislocated shoulder was fixed by ” Hippocrates method”.

The patient was then cleared by Orthopaedic team too.

Pulmonology team “cleared” him too.

After some time it was 80/nil and no urine output for many hours.

After more time, it was nil . . . unrecordable. Peripheral pulses were absent too.

Medicine department didn’t like to see patient and trying to manage him.

Cardio department was shown his ECG, who “cleared” him saying his ECG was fine.

Nephorology department said that their work begins once bp is recordable, as no blood is coming to kidney due to low bp, so no nephro intervention required. However, unlike medicine, cardio and gen surgery, they were kind enough to advice dopamine / dobutamine to him.

Surgical ICU refused to admit pt in icu saying no bed was available (after exactly 6 hours, a staff members mother was lucky enough to get a bed in surgery icu though)

And there was the patient, lying in the resuscitation room, unattended, unconscious, but, “CLEAR” from all departments.

And well, no, thats not he died. He died a different death. Some off duty doctors kept monitoring him and managing him though and he survived, but not out of the shock.

Next day, the other CMO on duty was informed about this unknown patient. CMO was kind and nice enough to hand him over to the Gen. Surgery deptt to manage the patient for shock who left him as “clear” the day before.

General Surgery team now wanted to have CT scan chest and abdomen of him and while moving him from ER to CT room, his broken 4th rib probably injured right ventricle. Or probably it got injured while they were examining his chest ? Whatever it was, it was blunt enough to cause damage to the heart.

And he died after some time. Story ends. File closed.